Ballinger Equine Ambassador, Harry Horton, has ridden Maybe This Time (D’Arcy) owned by Ms Judy Savage, to a superb win in the British Eventing Intermediate at Aston-Le-Walls (12 August). This is an outstanding result competing against some of the top riders in the sport.

Harry said of his winning performance with D’Arcy: “He completed a really smart test for 29 and was right up the leader board after the dressage.”

“The showjumping was causing quite a few issues out of the tacky mud and clear rounds were few and far between. He jumped out of his skin for a clear round which took us out in front. It was certainly tense waiting to see the other scores.”

“The Cross Country time was proving challenging to make. Being in the position we were, amongst such strong competition, I knew I needed a fast, clear round. D’Arcy is a star and delivered everything I asked of him with plenty more in reserve. We finished comfortably within the time. I am so proud of him!”

Harry sums up: “To win an intermediate was a goal for this year. Certainly it’s been an unconventional season, and British Eventing is to be congratulated for working hard to schedule as much competition as possible whilst keeping the sport COVID safe for everybody involved.”

Harry Horton is a professional event rider from Arkesden, Essex. After a period working for a former international event rider, Harry set up his own yard and now rides a string of exciting competition horses from BE90 to Intermediate level.

The team is co-managed by Sophie Woolford who has herself competed at PSG level dressage. Her own career highlights include wins at every level up to PSG. 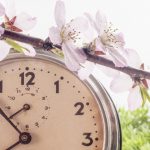