Ballinger Equine’s latest Ambassador is a top goalscorer and GB Squad player from the exciting, fast-paced sport of horseball. Charlotte Silcott-Niles plays horseball with the ‘London Reds’ at North London Horseball Club. She also represents Great Britain as a player with the Great British Ladies Horseball Team, where she has ridden as a regular since her debut in 2017.

Charlotte plays horseball throughout Europe, principally in France, Spain, Belgium and Portugal. Her career highlights include the 2019 European Championships in Portugal with her former horse Cocohatchee. At the Championships, the Great Britain Ladies finished 5th, with Charlotte the top goal scorer in her team. At home, Charlotte is a team regular playing with the London Reds, who in the 2019 season won the UK ladies division without losing a single match.

The Thoroughbred is the breed of choice for leading horseball players. This trend has spread to continental competitors who often enlist the help of British Horseball in locating retired racehorses for the sport. Charlotte has two horses, Borawind an 11 year-old, English Thoroughbred who was bred, raced and imported from Spain, and Gina D’Cleaner a 4 year-old, English Thoroughbred, bred and raced in the UK and who is currently being retrained to play horseball.

Retraining of Racehorses (RoR) sponsors training aids for the horseball education programme, and has provided safety barriers for both league and demonstration matches.

Charlotte is the latest athlete to join Ballinger Equine’s carefully appointed team of professional and amateur equestrians. Ballinger Equine Ambassadors are selected as they champion Equestrian Sporting Excellence and embody Ballinger Equine’s values and ethos. Ambassador Katie Branley is an amateur dressage rider who regularly competes with her own Buntino and who, in a stunning start to the season, has achieved her aims for 2021 which included qualifying to compete at Prix St George and qualifying for the British Dressage Area Festivals at Advanced Medium.

Harry Horton and Sophie Woolford make up professional eventing team Horton Eventing based at Arkesdon in Essex. Harry rides a string of exciting competition horses from BE90 to Intermediate level. Sophie competes at PSG level dressage. Her career highlights include 4 wins at Advanced Medium, Advanced and PSG level dressage in autumn 2018. Sophie has previously won at every level up to PSG.

Dani Stapleton is a young showjumper with her own string of horses and whose career highlights include successes on the Sunshine Tour in Spain where she is a regular competitor. Dani usually also competes in Belgium and closer to home may be seen at venues including Hickstead, Keysoe and Bolesworth. 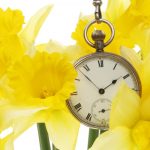